Tons of people have been spending the last 2 weeks checking out the newly reopened Big Thunder Mountain Railroad. But tucked behind the big brown mountain, there was a gem of a place — Big Thunder Ranch — introducing some fun with our beloved Easter holiday.

When you walk past the long-time resident goat cuties’ area, there were photo opportunities set up (with some of Disney’s rarely seen characters), arts & crafts, and a stage for live performances. Oh and colorful spring flowers everywhere!

The left perimeter of this area was lined with hay bales as dividers to make line queues. But for what? To take photos with Disney characters! But which ones? Well, what do you associate with Easter? BUNNIES! And in this case, rabbits too. Take a look.

And there was one posing as a bunny, but still just as cute

Had to take a picture with Pluto

There were picnic tables all around so people could take a break and enjoy a snack from the vendor carts in the middle. And if you had kids, or just wanted to join in on the fun, there was cart setup in the back so you could decorate and color your very own pair of paper bunny ears. I skipped it this time lol.

The bunny ear creation station in the back

But the best part, in my opinion, was a display and table setup near the entrance/exit where 2 very skilled artists were hand painting eggs with Disney style. See if you can spot a few characters in the pictures.

One of my favorite funny guys, Mike Wazowski

“Some day my prince will come…”

I was in for a surprise when I laid eyes on an egg that looked like the Mayor of Halloween Town from The Nightmare Before Christmas. The details were exquisite, from the spider tie to his creepy smile. And what a hat! It was very true to the movie. But the artist saw me praising his creation and said “You like the front? Wait ’til you see the back!”

I can hear him yelling Jack’s name

He picked up the egg by the hat and flipped the entire thing around to reveal the Mayor’s 2nd personality. Whoa, my mind was blown! Truly awesome work here.

And for the Star Wars fans, of course, they had giant eggs decorated in the nefarious likes of Boba Fett and Darth Maul.

And right before leaving, I spotted one artist working on a classic villain character egg for an upcoming movie.

Is that green face makeup?

What an amazing pit stop. Be sure to check out Big Thunder Ranch when a holiday is nearby. They’ll usually be something a bit different to see and do. 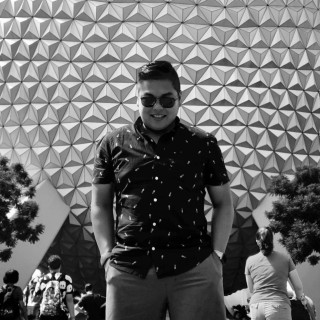